I sit in my bony armchair, preparing for my dream visitation by tilting my head back and maintaining the position appropriate for a mid-afternoon slumber. My arms hang lifeless beyond the arms of the chair. In my left hand I delicately hold an intricate metal key, which has no other purpose than being the gatekeeper to my dreams. Under the key I place a plate upside down on the floor below; with the understanding that upon sleeping, the key shall fall with a clang. This noise will cause me to be briskly awakened from my dreams with vivid recollections…

I allow my body to repose into my chair, my eyes lingering slightly on the landscape in front of me. The serene scene of the cliffs of the Cap de Creus in the distance, they are watching over the edge of the ocean below them. The sun warming my body, I let my eyes gently close as I allow my mind to traverse into another landscape…

I awakened to the dreamscape. The Cap de Creus still calmly observing the ocean but the ground brown  barren and lifeless. The landscape silent and still no, there was a distinct ticking. A deafening ticking echoing through the desert, but I couldn’t see a clock. Ticking without time? I looked to a table no it had no legs  a block to the left of me, a branch stood alone on the block but the branch it had no roots, it did not belong to a tree  it stood alone and leafless. I could see it twinging rapidly as if within an invisible wind and time moving past quickly. But it was endlessly day. The tick tocking growing faster but all else still.

I dreamt again the Cap de Creus still looming in the distance. But there was no ticking this time. Unusual as there was a silver clock, a golden glock and a darker silvergold pocket watch [which remained closed]. Floating they were hung up mid-air, as if held by invisible hooks. Their hands silently ticking by hours felt like years but nothing changed in the dreamscape. The two golden ones drifted over to sit on the block, the silver one hung itself on the lone branch. Ants crawled from all the corners of the landscape to congregate on the deep gold pocket watch. The clock hands froze   but seemingly a ticking sound started emanating from the closed pocket watch as the ants festered on its body.

Cap de Creus still. But it was deathly hot, there was the distinctive smell of hot ground. The ants were moving impossibly slow. A flesh-coloured creature in the distance was crawling pathetically through the heat as the clocks ticked by in a slow and erratic struggle. It wriggles drudged along like a dying worm, its body limbless but as it struggled closer I could see it had a disproportionately large head. Eyes closed with giant eyelashes as if in slumber, sleepwalking unaware. It kept faltering, appearing as if carrying a heavy burden. The landscape smelt intensely of hot metal.

Cap no not Cap de Creus. I was  in darkness. The smell of hot metal pungent. A giant wheel of camembert loomed in the middle. The cheese enlarging with heat, it pooling expanding with liquid within. With my mind I cut a precise slit into the side, let the liquid cheese release. It oozed slowly from the skin. Repugnant like yellow puss waterfall from a festering wound. It kept oozing endlessly. The dark became saturated with cheese. Then the yellow froze in place turned an  ombre began to mould into the desert Cap de Creus landscape once again. The ants frozen. The clocks watching. Their hands moving in different times their own times. The empty camembert skin moulding into the creature napping in the heat. The smell of the hot metal intensifying. My dreaming mind heavy  a fourth silver clock. A familiar ticking as the shadow of Mount Pani began to creep up the landscape. 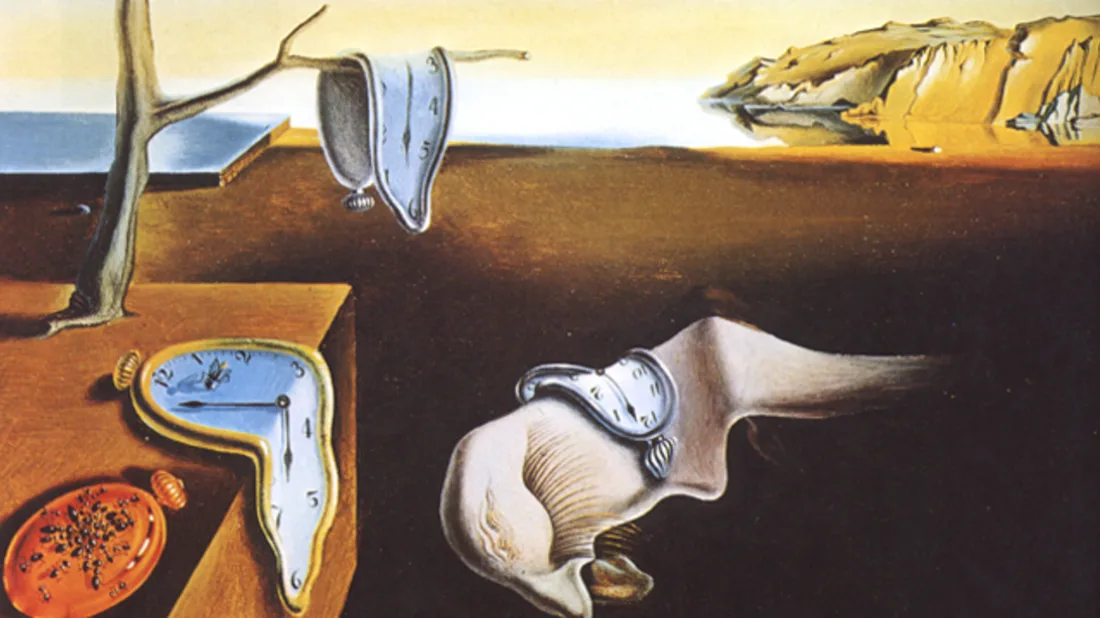 Please leave feedback if you have the time (in the comments section below stories). I’m a forever developing writer, it’s muchly appreciated. If you’re a writer and would like some in return don’t be afraid to ask!

Please follow @remateller by clicking the social icons above or fill in the form below to receive email updates.

I promise I won’t spam you!

I will just send a friendly & occasional update on new stories or projects that you might have missed.